On August 5, Samsung announced the latest models of the Android tablets “Galaxy Tab S7” and “Galaxy Tab S7+”.The Galaxy Tab S7 series will be launched in the global market from August 21st.

The Galaxy Tab S7 is an 11-inch, Galaxy Tab S7+ is a large-screen, high-performance Android tablet with a 12.4-inch display.The OS is Android 10 and is available in three colors: Mystic Black, Mystic Silver and Mystic Bronze. 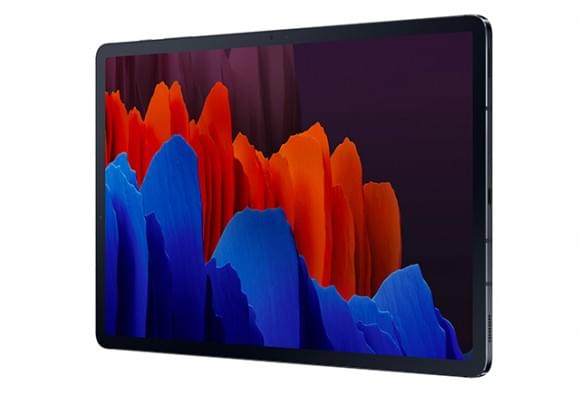 The Galaxy Tab S7 series is not just a simple tablet, it supports S-pen (includes S-pen compatible with BLE), you can use handwriting function like Galaxy Note, and you can use up to 3 apps at the same time. It supports the active window, the ESC and DEL keys, and the book cover keyboard (sold separately) that has the DeX connection key on the top, so it can be used like Microsoft’s Surface.

In addition, since the display of both models supports a screen refresh rate of 120Hz, the screen transitions smoothly when operating apps, games and terminals, and not only Wi-Fi and LTE models but also 5G models are available. ..A quad speaker that supports Dolby Atmos and is tuned with AKG technology, and has a fingerprint reader on the side of the terminal.

The camera has 13 million pixels + 5 million pixels (wide-angle camera) on the back, 8 million pixels on the front, an 8,000mAh / 10,090mAh battery, and a USB 3.2 Gen1 compliant Type-C connector.The USB connector supports DisplayPort output.